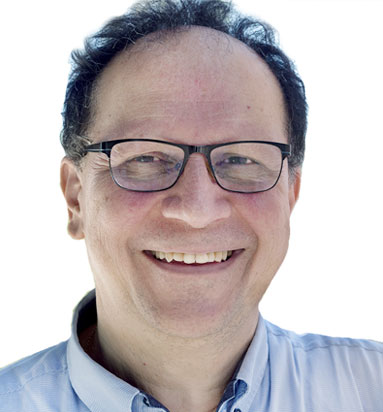 Dr Stavros Kiliaridis is Professor Emeritus, Dept of Orthodontics, University of Geneva, where he was Professor and Chairman during the period 1999-2021. During the academic period 2008-9 he was Professor and Chairman of Orthodontics at the University of Athens. Since 2020 he is adjunct Professor at the University of Bern. He graduated from the Aristotle University of Thessaloniki and received his PhD from Göteborg University, where he also completed his specialist education in Orthodontics and worked as Associate Professor, while running a part-time private practice in Thessaloniki. He is member of Angle Society of Europe. His research is focused on masticatory muscle influence on dentofacial growth, post-emergent phases of tooth eruption, diagnostic methods of oral function, dentofacial aberrations in individuals with Neuromuscular Diseases, outcome of different orthodontic interventions, side effects linked to orthodontic treatment. He has authored or co-authored over 230 research papers and several book-chapters, and is reviewer for many international scientific journals. He has been speaker at numerous orthodontic congresses and lectured in many universities worldwide. He was coordinator (2006-2015) of the European Orthodontic Teachers Forum, and president (2017-2019) of the Network for Erasmus Based European Orthodontic Programmes (NEBEOP). He was recipient of the European Orthodontic Society Essay Award,1988 and was honored as Alton Moore Annual Memorial Lecturer, University of Washington, 2002, and Sheldon Friel Lecture laureate, European Orthodontic Society, 2015. The scientific work performed by his students under his supervision has been internationally awarded on numerous occasions.

ABSTRAC
SHALL WE STILL CONSIDER THE ROLE OF THE MUSCLES IN ORTHODONTICS?

The presentation will deal with this issue, and most specifically on if and how masticatory muscles may influence the orthodontic tooth movement.
Furthermore, the next topic will cover the aspects on how masticatory muscles may influence the treatment effects of functional appliances in the Class II,1 treatment, and if they play a role in the stability of the treatment results.

Last but not least, the use of posterior bite blocks in the treatment of anterior open bite will be seen under the light of experimental and clinical studies in respect to masticatory muscles’ influence on the variation in the treatment results and stability.