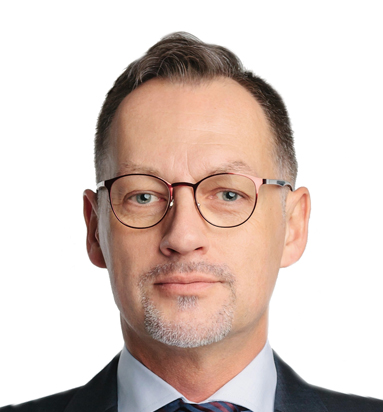 Dr. Plakwicz graduated from the Dental Faculty, Medical University of Warsaw. 1995-2003 he was an assistant lecturer at the Department of Oral Surgery at the same university. He completed postgraduate training in autotransplantation of teeth at the University of Oslo, Norway in 2000. In 2001, he qualified as a specialist in Oral Surgery and in 2009 defended his PhD thesis: “Autotransplantation of teeth in growing patients”. Since 2009 he has worked at the Department of Periodontology, Medical University of Warsaw. In 2015 he gained his second PhD with habilitation “Periodontal assessment of the treatment outcomes of autotransplantation of developing teeth in growing patients”. In 2017 he received his MFDS ad eundem from the Royal College of Surgeons of England.

His main research interests are in the treatment of growing patients with missing teeth or eruption disturbances, teeth autotransplantation. He authored and co-authored over 50 scientific articles and Principles and Techniques of Premolar Auto-transplantation in a book published in 2016 by Wiley Blackwell: Recognizing and Correcting Developing Malocclusions: A Problem Oriented Approaches in Orthodontics.

In 1996, he established a private practice in Warsaw, focused on oral and periodontal surgery. He has performed and followed-up more than 500 of autotransplantated teeth. Dr. Plakwicz lectures and conducts courses nationally and internationally in Europe and in the United States (where he was appointed Adjunct Professor at the UNC in Chapel Hill, NC in 2019).

Autotransplantation of teeth with developing roots is an established treatment option for replacing missing teeth in growing individuals. Favorable orthodontic indications, good surgical access and optimal match between the donor tooth and the recipient site are prerequisites for a successful outcome. Due to their morphology and position in the dental arch, premolars with developing roots are often optimal donors with success reported over 90 per cent. The protocol for autotransplantation of developing premolars was established at the University in Oslo more than four decades ago and has been successfully applied in Poland since 2000. In addition to premolars, other types of developing teeth can also be successfully transplanted which will be discussed during the course.

The main objective of the course is to present:

ABSTRACT
AUTOTRANSPLANTATION OF TEEHT: SURGICAL TECHNIQUE AND HEALING OF THE TRANSPLANT.

Autotransplantation of teeth before the root is fully formed is an established treatment option for replacing missing teeth in growing individuals. Favourable orthodontic indications, good surgical access and optimal tooth morphology are mandatory for a successful outcome of the treatment. Premolars with developing roots due to their morphology and position in the dental arch are optimal donors with reported success rate of over 90 per cent. Autotransplantation of developing, unerupted premolars to maxillary anterior region and to replace missing mandibular premolars will be presented. The description of the surgical technique and factors, which may influence the treatment outcome will be given and discussed.

On top of that, a natural potential of transplanted teeth for bone preservation and regeneration at sites of transplantation will be demonstrated, using clinical examples, that those teeth may in many cases serve as a natural providers of bone growth and may help in regeneration of the alveolus in patients with bone defects. This advantage of the treatment seems to be the most strategic factor in favour of performing tooth autotransplantation of teeth in children in order to avoid the need for implant placement in the future.